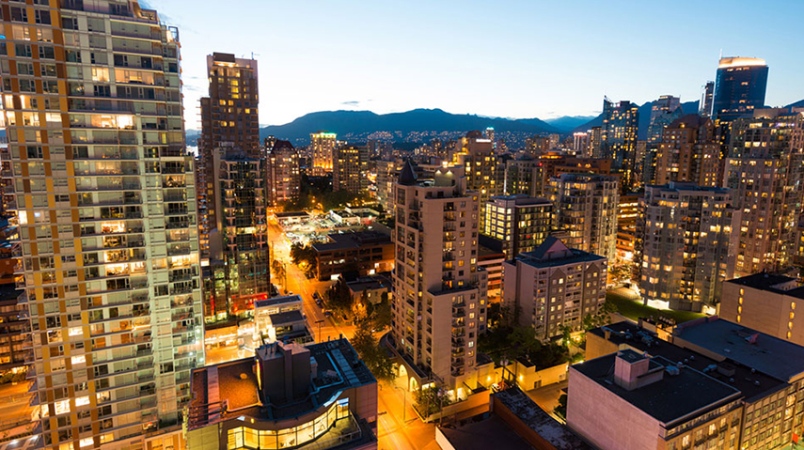 If you do not know where you plan to live permanently once in Metro Vancouver we recommend arriving to a Vancouver downtown neighbourhood first, for 1-3 months while you pick a permanent home somewhere in the region. In the Vancouver downtown area you will be walking distance to amenities related to your relocation including government offices, resources for new comers and corporate offices (for work, interviews etc), while getting a great authentic feel for the Vancouver lifestyle. However keep in mind that the downtown area is expensive to live so unless your budget allows, it is best to begin your search for living in other areas soon after arrival.

The Vancouver downtown core is easily accessible by foot, bike, car and transit. Unlike many North American cities, Vancouver’s downtown has a lively high density mix of office and residential use. Downtown residents tend to be young urban professionals or retirees since most residences are smaller to those outside downtown. Recommended residential areas to arrive to in downtown include the following:

West End/ English Bay: $$$This is an older area with many high rises, beaches and restaurants. This area tends to offer some of the lower rental rates among the higher end downtown areas. This neighbourhood spreads along English Bay Beaches and Stanley Park. It is home to Vancouver’s gay parade and to eclectic Davie street eateries, cafes and shops.

Yaletown: $$$$ Originating from Vancouver’s industrial heritage Yaletown is now a young and vibrant glassy neighbourhood full of high rises and high end boutiques. The sea wall and Canada Line are within easy reach as is downtown. Virtual Tour of Yaletown

Cross Town/ China Town: $$$ Surrounded by E. Hastings, Gastown, Yaletown and Downtown core, this neighbourhood offers easy access to many downtown locations. There are some interesting lofts and art studios in this area. Please read safety note below since this area borders the downtown East Side.

Coal Harbour: $$$$ This area extends across the Vancouver waterfront facing the North Shore mountains and neighbours Stanley Park. Condos tend to be slightly larger than Yaletown but also a bit more expensive. The sea walk, downtown and harbour air are walking distance.

Please fill in the log in or register forms